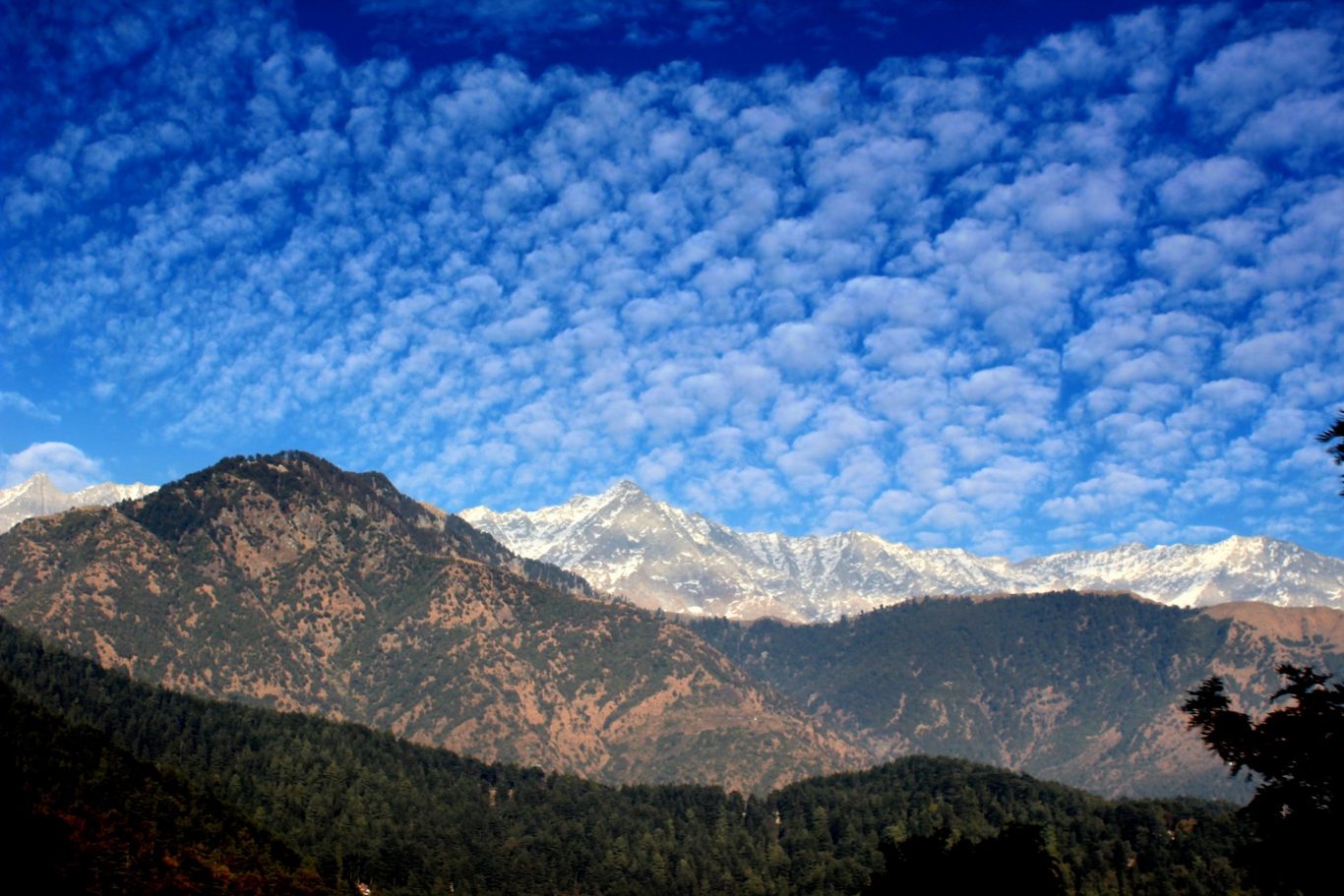 From a very long time, say since 2011, one friend of our had to visit Triund campsite and every time the plan dates were cancelled, reason being busy nature of human life.

Well then came the day of Dec 28th 2018, yes after seven years and since we did not wanted the snowy weather of Triund to postpone our this hike. The friend and one of the sponsor for triundhill.com (Scriptrider Technologies, Bilaspur Himachal Pradesh, (we have two  more administrators for this website, who are not Indians and have camped at Triund and further many times) finally decided to make it in real and set up December 28th, 2018 as the day to reach Gallu and then on Dec 29th go on hike to Triund Hill.

The meeting point was Dharamshala ISBT and it was really late by evening. We met there at 05:30 PM, boarded a bus for McLeodganj for 20 INR and were at McLeod by 06:30 PM. It was already dark so the plan to hike up to Gallu Devi Temple was postponed and from Mcleod, we hired a Taxi for 400 INR up to Gallu Devi Temple.

At Gallu it was really cold with strong cold winter winds. We booked a single room at nearby guest house and placed the order for dinner. There were other tourists in same guest house, who had returned from Triund Hill.

We had little discussion and after dinner said goodnight. It was not cold inside but outside the strong cold winter winds gave an impression as if thunder clouds were nearby. Without realizing that it were the strong winds, I felt that this trip might get canceled due to bad weather.

We were up by 06:30 AM, paid the bills and checked out. The owner of Sun and Moon Cafe was also up early, and he prepared hot tea for us and then breakfast as well. After breakfast, we hit The Trail to Triund Hill.

Our main aim was to enjoy the walk and go easy without playing any kind of music on speakers or via bluetooth speakers.

The sighting of the Wild Fauna was amazing and upon noticing us so close they either ran around or flew down the valley making chirping sounds. We also noticed some Alpine Accentors.

Had we played music on mobile speakers or bluetooth speakers, there was no way we could have enjoyed the sightings of Wild Fauna on Trail to Triund Hill.

Also it was really good that there was no crowd of the tourists that consists mainly of local and Indian fellows. Because not all but most of them play music on Smartphone speakers and via Bluetooth Speakers, that ruins the meaning of Nature Hike and Trek.

Though the administration has set up a check post and tourist registration post near Gallu Devi Temple, we saw many tourists climbing from shortcuts that start from Bhagsunag and Dharamkot.

There are many cafes on Trail to Triund Trek, earlier there were only three like Magic View Café, Best View Café and Praveen Tea Stall. Now whole trek is mushroomed with tea stalls.

The trek is awfully trashed means awfully. No matter how highly educated or financially sound but there is no common sense among most of the tourists.

They play music on smartphone speakers and via bluetooth speakers, throw trash on trails or down the valley or on bush and open defecating adds to the beauty.

The beauty because of which Dharamsala, Mcleodganj and Bhagsunag get so much tourism income and the employment for the locals is fading slowly.

Anyhow, we were at Triund by 12:00 PM and as usual Dhauladhar Mountains were there to welcome and the sighting of them was calming and we felt comfortable. But it soon evaporated with the foul smell all around.

I guided my friend to my favorite spot but even there the smell of human poop was so strong, that I could hardly stand there let alone take deep breaths, that I do often when up close to high mountains.

I picked up nearby small boulder for my prayers but even there too, human poop welcomed me. Anyhow, offered prayers and took some shots and tried to concentrate on high peaks of Dhauladhar Mountains, like Mon Peak.

I remember we most probably spent 45 minutes or so there, which was for the first time, very short.

The maximum time we have on record of staying on a High Mountain Pass (with one friend from Simla, Raman Sharma) is around 3 hours for enjoying the views of nature plus for the Sun tan and so can you can imagine how much time we could have spent in places like low height campsites. But this time the things were different.

They have destroyed the beauty of Triund. Mismanagement is at its peak, they have set up shops every-where (no issue with shops but at least could have chosen a specific side/corner for all shops and one side for camping and should have left much of the ridge unoccupied.

One more new thing for me was that the Forest Rest House has a weather reporting system installed and which is controlled directly from Dehradun. Now we can have real time updates on weather of Triund Hill.

The next thing was garbage, it was everywhere beside the STRONG awful smell of human poop. As we moved around, we had to watch our steps, NOT to avoid slippery moving rocks but to avoid stepping on Human poop.

They dump and burn most of the garbage behind the boulders or throw down the valley. Not all trash is carried back to Bhagsu or Mcleod.

We even had plans for night camp but some other things and mainly the trashed view and the awful stench made us to decide otherwise. I hardly spent 45 minutes or so up there, which is record time very very less.

The smell of human poop and burned trash gave the impression of some random Railway Station in Triund Hill. Now you can imagine the kind of smell most of the railway station have in India. It was the same kind of smell. Just the sighting of nearby high peaks helped me stay there for 45 minutes or so.

So by 01:30 PM we left for Bhagsu and confronted heavy “crowd” playing loud music on speakers and bluetooth speakers, we also noticed some foreigners who were also listening to the music BUT using HEADPHONES, most probably to avoid the nuisance by loud music from SmartPhones and Bluetooth Speakers.

One of the RULES of Hiking and Trekking is, not to play any kind of music and even if you want to listen to the songs then plugin headphones.

Though it is not recommended to play music on mountains or while hiking or trekking in nature even via headphones, because you are out there to enjoy the beauty of Mother Nature and WildLife, plus if you use headphones too, you might miss any kind of warning or may miss the approaching wild animal that could prove harmful.

The crowd seemed (most of them) to have no common sense and probably have no understanding of the meaning of hiking and trekking. They appeared to be going to some “Dance Party”.

There is no “crowd”management. The Eco Tourism Association appeared to be just for saying, because there is plenty of trash along the trek and down the valley, trash being burned behind the boulders in Triund and cafes on trek plus human poop everywhere in Triund. So it is right to say there is another Railway Station in Triund.

Though the winter weather of December was pleasant. There was snow only in shady patches and not much cold in full sunshine.  We took the shortcut for Bhagsunag and our exit was at Bhagsu Taxi stand.

There we relished veg-noodles and hot tea. After that we walked up to Mcleodganj and just like that boarded bus for the ISBT Dharamsala and then my friend boarded another bus for Bilaspur, HP.

I appreciated the stamina of my friend for he was on such hike after good long long time. I missed the Railway Station in Triund. 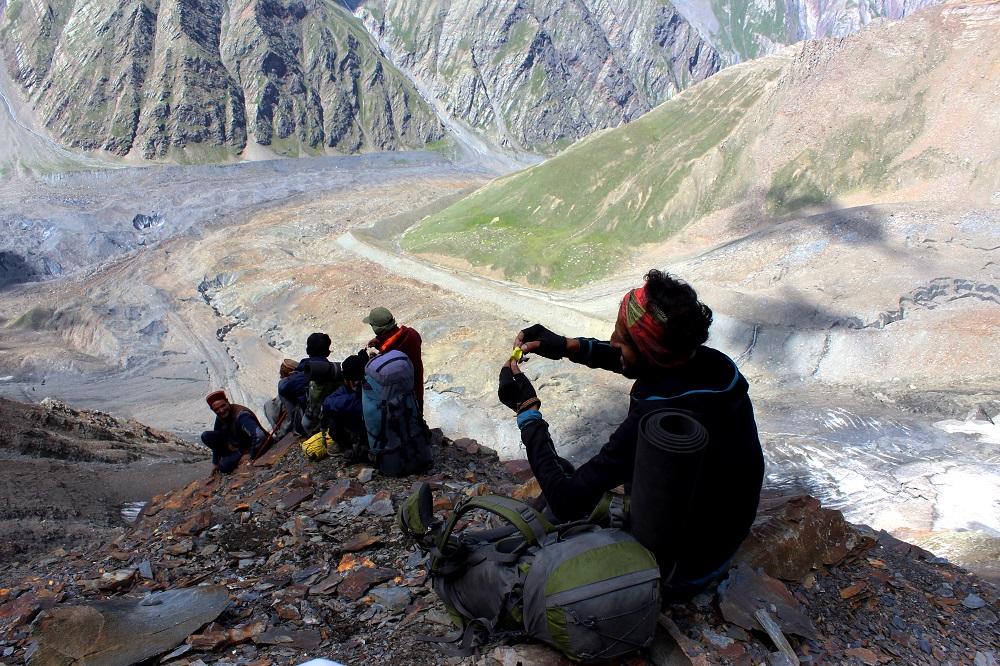 How was our Date with Death at Panchal Deva Mountains They hire two senior guides for their exit trek from one of the remotest points. All of it started with

Developing McLeodGanj and Dharamshala Tourists and trekkers have been coming to Dharamsala McLeodGanj, Bhagsunag and Dharamkot. Trekking to Triund Hill for to be close with Nature. To breath fresh air, 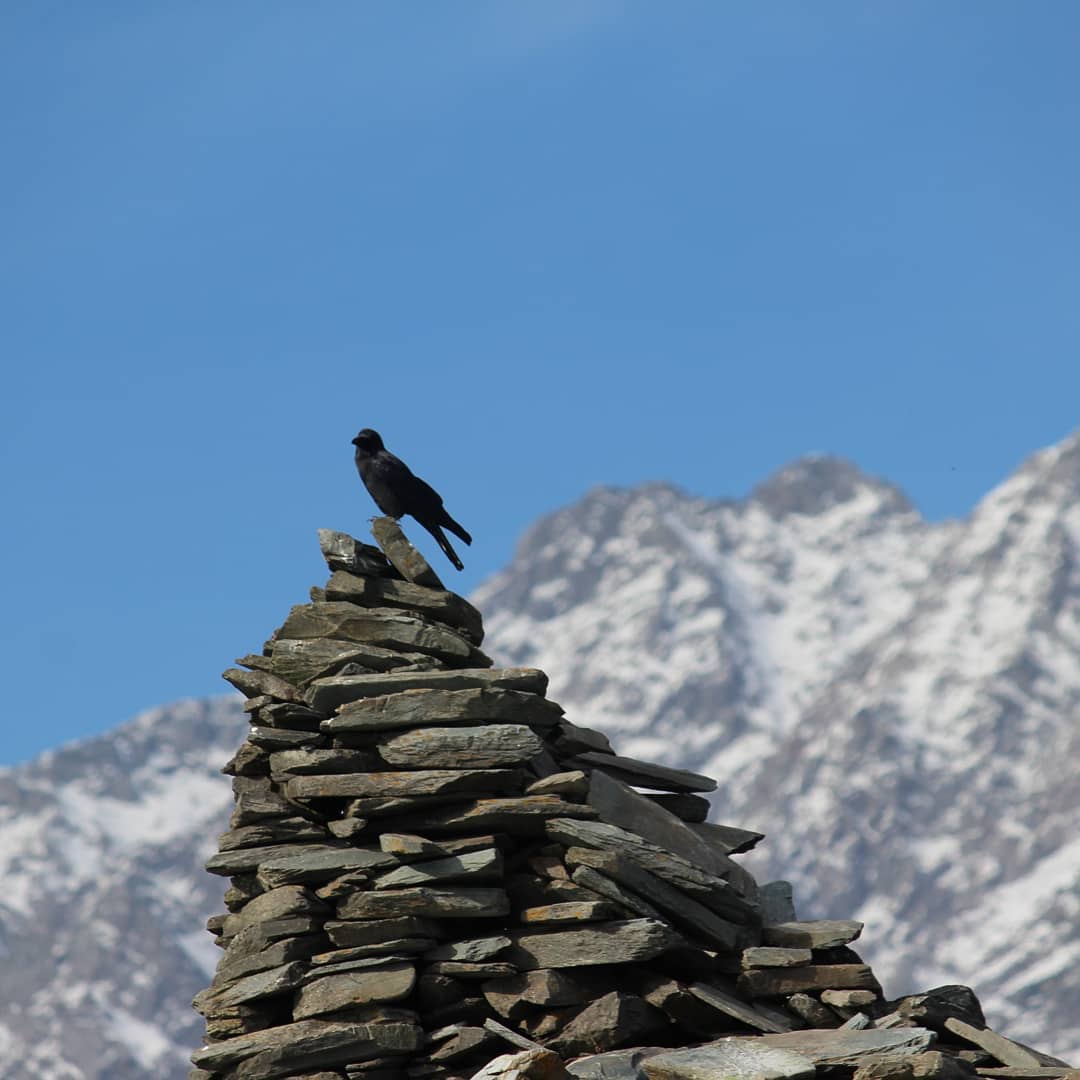 Trimund and Thatharna Trek After another high mountain trail tracing, we were able to embrace Dhauladhar Mountain. Along the way comes, Thatharna hill. Thatharna trek is another grazing point, used